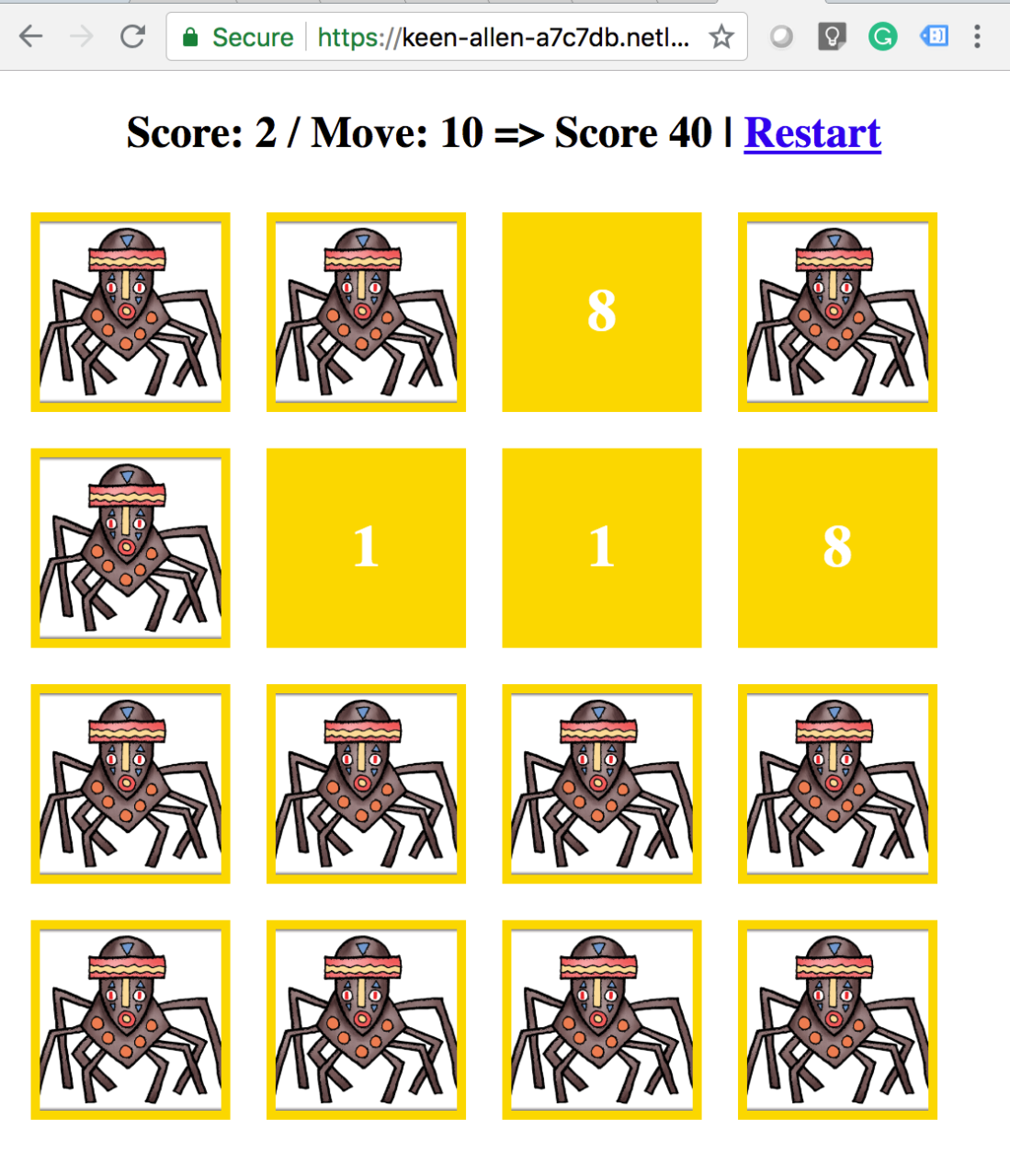 This project has taken more then what I’ve intended. In this project, I am creating a memory game called concentration. There are several versions of concentration game. But I’ve implemented the simplest one.

It is a pretty simple project. But it had taken me more time than I should have because I have overcomplicated the overall game design.

Following are the steps I’ve taken to develop the game.